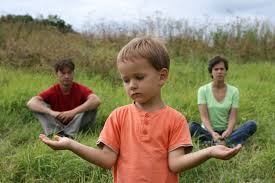 I do. For better or worse…right? That is what we all say when we get married. But what do we say when we get a divorce? It happens? Well, some people don’t say anything except scream and shout but attorneys however celebrate especially around this time of year. To them, January is known as Divorce Month even with some going as far as claiming the first Monday of the new year as “D-Day Monday” as that is when divorce attorneys see a surge in divorce filings.

Now legal DNA testing is not always a typical situation that go hand-in-hand with all of these filings, but when a divorce takes place or is even brought up, unfortunately skeletons start coming out of the closet. Perhaps that is why you are getting a divorce in the first place. You find yourself not only fighting over who is getting this and that but, if there are kids involved, custody dates and times. However, what if the rumors are true and you may not actually be the biological father? You start to really wonder and of course want to follow through with testing to know for sure. This can certainly be done but you need to realize that you are legally still the child’s (or children’s) father. That’s right, as much as it hurts to know the truth and how much you would really like to seek retribution against the mother for lying, you are still the “father” and typically cannot just walk away and deny taking care of the child(ren) any longer after a divorce is finalized.

This are for several reasons for this. First, the legal paternity system has no reason to want to change your scenerio. The sole interest is to collect child support payments from a father – plain and simple. Unfortunately, once you’re on the hook, they have no reason to want to let you go. Even if a child born during your marriage is conclusively proven by DNA testing to be the child of another man, it can be contested that you supported the child anyway. For example, perhaps you allowed the child to call you “daddy” or allowed the child to live in your home and/or paid for material needs for that child. A court then would recognize that as your acknowledgment and continues to order you to support the child after the divorce as well. The second reason, is for the child’s overall physical and psychological welfare. For instance, take a child at 8-years old who has had a father all that time then, in January one year and after a DNA test, all of sudden is now fatherless because you left. That would bring about a host of issues that could be prevented.

However there is a silver lining in all of this, paternity has been legally voided in some cases where there is strong evidence that the man in question is not the father. The key word here is STRONG. The men involved were able to obtain enough evidence and then had DNA testing done to show that the child was not theirs and they were able to convince the DA or the courts to make an exception. This usually falls under those cases dealing with newborns, but there have been other successful cases.

The lesson here:  If you have any doubts at all, you should request DNA testing before admitting paternity, signing anything, and/or allowing a child to grow up in your household. This is your legal right. It is an obligation you owe not only to yourself and to the child’s mother, but to the child as well. Paternity has implications that reach far beyond an obligation to make monthly child support payments. The father-child relationship carries with it strong emotional and psychological bonds whether you are the biological father or not.

Patricia Carr, FNP began her career in 1989 after completing her Registered Nurse degree. She later went on to graduate in 2001 with a degree in Advanced Practice Nursing, Family Nurse Practitioner. She is affiliated with multiple medical facilities including HSHS Greenville Regional Hospital, SSM Health St. Mary's / Good Samaritan Hospitals while regularly collaborating with other doctors and laboratories. Patricia is a founding member of Test Me DNA and currently sits on the board of directors which has overseen more than 50,000 DNA tests.