DNA Testing for Twins and Their Children 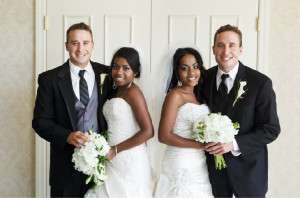 In most cases you can test paternity with 99.99% accuracy when the father is biologically related to the child.  Also, you can 100% exclude a man as the father of a child unless that man has an identical twin who is the father.  This can become very convoluted, but I will try to explain it below.

You may ask yourself, what significances this has in terms of DNA and DNA testing. Well, let me tell you. For starters, even though the offspring of a quaternary relationship would technically be considered first cousins, but their DNA would suggest that these first cousins were full genetic sibling. Since identical twins share the same genetic code, the four sets of DNA are really only like two sets.  This makes it impossible to test the paternity of children from a quaternary relationship.

This can be quite confusing, so if you have any questions go to TestMeDNA.com for answers to all your DNA and paternity testing questions.