DNA vs. Love – What makes a Parent a Parent? 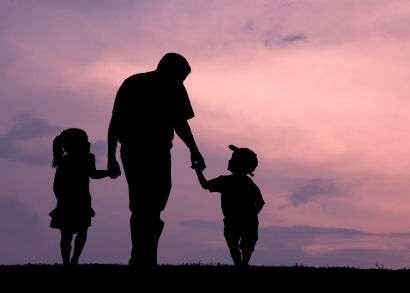 There are numerous instances of couples who raise children that are not their own.  Adoption is the major reason for this.  Parents of adopted children have found the capacity to love a child that is not biologically theirs. To them, shared DNA is never a second thought.  However, there is a lesser know group that is on the rise.  This group is the men who are unsure of the paternity of a child that they may or may not have fathered with their partner and still decide to take a role in the parenting.

The nuclear family, as we know it seems to be changing and advances in technology have made it easier and more affordable to test paternity.  Gone are the days of contacting daytime talk shows because you had no other way of obtaining a paternity test.  Although, I am sure there are some attention seekers who will still want their fifteen minutes of fame, so rest assured, these shows will not be hurting for guests.

There are many men that would simply walk away from the relationship and a child if a paternity test comes back showing there is 0% chance of paternity. I cannot blame them, and think this is completely fair.  Why should a man have to take responsibility for a child that is not his, especially if that man is already struggling to support himself financially?  This can be especially hard if the child is old enough to realize that the man he or she though was their father will no longer be around.  Similarly, It can be equally as painful for a man to leave a child he thought was his.

Yet, there are more and more instances of men who find out they are not the father and they want to raise the child regardless because they have bonded with that child or they want to make their relationship with the child’s mother work or both.  For some, shared DNA is just not a factor.  This is a truly exceptional quality to have.

The hardest part for some of these men may not be the child itself, but the fact that the child was conceived while the couple was on a break or worse because of an affair.  Some would only see the child as a representation of the emotional anguish that their partner has caused them and may find that child “unlovable” because of it.  However, with time and possibly some counseling, a fair number of these men will decide to raise the child as if he or she was their own.

These men, despite the initial pain, are finding that raising a child is incredibly rewarding regardless of genetics.  In some instances, marriages and relationships have grown stronger as the couple bond over the child.  Some are even planning on having more children together in the future.  This is obviously a best-case scenario and may not be the norm, but it speaks volumes about these men who choose to put the child first. 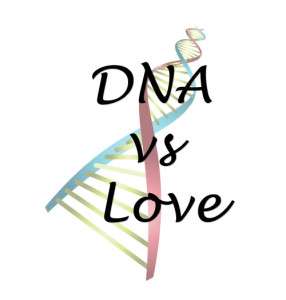 Unfortunately, this is not always as straightforward as you might think.  If a man finds out he is not the father, but still wants to be a part of that child’s life, he would need to have the blessings of the mother.  The mother may want this or she may want to find out who the real father is so she can collect child support among other things.  Too, that child has a right to know who his or her biological father is if for no other reason than the ability to garner family medical history.  It really becomes very complicated in terms of ethical, legal, and moral ramifications for these families.

This has led to DNA testing becoming increasingly popular with thousands of people sending samples to labs.  Samples are easy to collect and can include a blood sample or a saliva swab from the check.  Thankfully, advanced technology has also allowed these tests to be offered at prices that are reasonably affordable for most people, especially when it is just for curiosity purposes as opposed to legal purpose.

The main difference between Legal and Non-Legal testing is what will and will not hold up in a court of law.   Simply put, Non Legal Testing does not require an identity verification process, which means the results will not hold up in a court of law.  In addition to curiosity testing being more affordable than ever, tests can usually be sent directly to your home (or even sent to two separate addresses if necessary), which eliminates the inconvenience of finding a lab in your area.   However, be sure to do your research, as some companies will send samples to other countries that do not set the same high standards that the United States of America requires.

When choosing a test for legal purposes, you will want to choose a company that uses labs that are AABB and ISO accredited, as these accreditations are required for legal testing to hold up in court.  Also, you may want to take into consideration where the sample will be tested after they are collected. Again, do your research on where samples are sent after they are collected at the lab.

In either case, all samples go through double blind testing, which means that two of the swabs from each sample will be tested by one lab tech and the other two will be tested by a different lab tech.  Once both sets of tests are completed, results will be compared, and must match before they can finalize anything.  This helps to eliminate human error to ensure results are accurate.

I am sure all of this can seem pretty overwhelming, especially if faced with the fact that the child may not be biologically yours.  Being a father can also be a scary proposition for most, but it can be increasingly scary when that child is not biologically yours – but as the old saying goes: Anyone can be a father, but it takes someone special to be a daddy. However, you have to make the right decision for yourself, and nobody should make you feel bad for making a decision that is right for you.