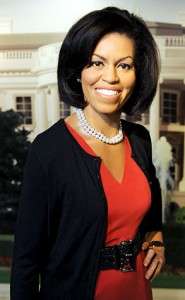 Rachel Swarns did her research and had DNA testing performed to help discover the family tree of first lady Michelle Obama.  In her new book Swarns writes about her findings and the history of Michelle Obama’s family.  She traced history back as far as the 1700’s.

We are all aware of President Barrack Obama coming from a multiracial family and as it turns out so is his wife Michelle Obama.  Michelle’s great great grandfather was biracial and born to Melvinia a slave girl around 1860.  It is most likely that the father of Melvinia’s son, was her owner’s son.

Swarns stated Tuesday on “CBS This Morning,”  “Ten years ago it would have been impossible to do this.”  The only thing that made this possible was DNA testing.  Swarns also said, “It took 21st-century technology to solve a 19th-century mystery.”