Be Nice To Your Neighbors – Turns Out We Are ALL Related 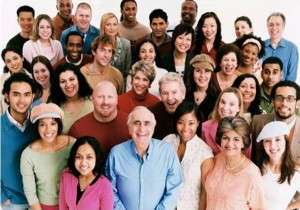 That’s right people, no matter what you believe in i.e. the Big Bang Theory (great show by the way) or God the Almighty Creator Himself – new research by Peter Ralph of USC Dornsife working with Graham Coop found that everyone on Earth is actually somewhat related to everyone else. By conducting a massive study of thousands of people in 40 countries in Europe (I didn’t even realize there were that many countries in Europe…and it turns out there’s actually over 50 but I digress), the scientists found that chunks of our DNA sequences though very small are the same in everyone they tested stretching back to 100 generations, or 3,000 years. Obviously these DNA sequences are small enough not to make a huge impact on your immediate family members but you should still be nice to your neighbors – there’s just no need to rush out and accept them as your sisters or long lost cousins or anything.

To put it all in perspective, when you were born you got 50% of a shuffled DNA combination from your father and 50% of a shuffled DNA combination from your mother. They of course got the same thing from their parents (your grandparents) and they got the same thing from their parents (your great grandparents) and on and on and on back to the beginning of human existence. It’s easy to see those genetic markers with your parents through standard DNA testing, but as you go further and further down the ancestry line, those halves keep getting smaller and smaller and smaller. Just six steps back and you are already looking at just a 0.5% relationship and on average you and your sixth cousins would share just .01%. Well, all those tiny genetic percentages of that shuffled DNA remains in all us today. Pretty wild if you stop and think about it really.

So unless you just don’t believe in scientists, think twice before you get in that “heated” road-rage situation, or before you throw that punch in the bar, or start that cruel rumor that destroys someone’s reputation…they could be more related to you than you think. Instead start up a conversation about your history and who knows? You may have more “family” out there than you thought.