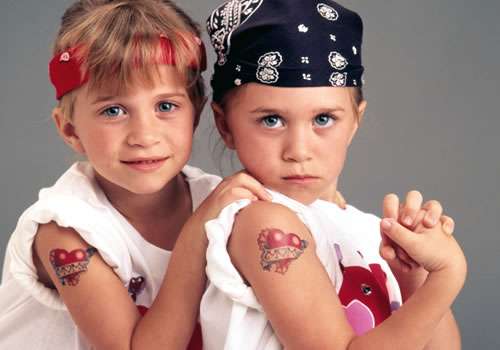 I am not a twin but I have to say that I have always wanted one especially because my childhood idols Mary Kate and Ashley Olsen were twins. I would imagine sharing everything, such as birthdays, presents, cars, etc. would begin to get annoying, but you would not know it being any different. I also believe my twin would be my other half, someone I can share all my thoughts, secrets, and dreams. He/she would be my best friend. Growing up I grew up across the street from a set of twins, my aunt and uncle are twins, and I have a set of twin cousins. Now in my graduate program I am in school with two sets of twins, one being a very dear friend of mine. Although we are the best of friends, her twin is the one person in the world that she trusts and shares everything with. I think this has a lot to do with the fact that they have been together since before they were even born.

I had this conversation the other day with a family member and we had differing opinions on how twins are conceived and how similar they are genetically speaking. Since twins run in my family, I decided to educate myself on genetics a while ago because I wanted to know what I was getting myself into when having children. As much as I would have wanted to be a twin, I would not want to be the parent of twins. Everything is DOUBLED! I would lose my mind. I thankfully found out that I have a very small chance of conceiving twins so I should not have to worry too much. Now getting back to the point, I was always confused as to why twins would look identical but be fraternal. To me identical means the same and when two people look the same, shouldn’t they be identical? Well let’s find out why this is.

At the beginning of conception, a sperm fertilizes and egg and the end product is a zygote. Typically once the zygote is formed, it begins to divide inside the uterus and forms a baby. There are instances where two eggs are released from a woman’s ovaries and two separate sperm fertilize both eggs. This would result in twins, but fraternal twins. These babies share their mother’s uterus with each other but they develop in separate placentas. Their DNA is unique but as similar as siblings would be. Two separate eggs and two separate sperms formed their zygotes (dizygotic) which means their DNA is not the same; therefore they are not identical regardless of their similarity to each other. The other twin in my graduate school program is a girl but her twin is a boy. When you think about it, this makes sense when you get separate sex twins. They obviously are not identical and this is because they were formed from two separate eggs that were fertilized by sperm at the same time. Fraternal twins are way more common than the other, more interesting form of twins which is identical.

Identical twins are rarer that fraternal twins which is due to their spontaneous formation. The process begins the same as any other pregnancy by which a single egg is released from a mother’s ovaries and is fertilized by one sperm in the uterus. At this time the monozygote splits (for some reason) and forms two embryos that develop inside the same placenta. Like I said this is a spontaneous and random occurrence that happens when a fetus is developing. Since the two embryos originate from the same zygote, they contain identical nuclear DNA but have varying mitochondrial DNA. This is because mitochondrial DNA is only passed to the child by the mother. A fertilized egg will have the mother’s mitochondrial DNA and half of her nuclear DNA, and half of the father’s nuclear DNA. Although the reason for this split is unknown, there is a theory as to why this rare occurrence happens. The thought is when the egg is fertilized in an older woman (over the age of 35), her cells are not as flexible as they once were and actually split or break rather than divide. Besides identical twins having the same nuclear DNA, they can share some other unique characteristics. The most common shared trait is brain waves that are almost identical. Another common occurrence is mirror characteristics in which one twin has a dimple on their left cheek and the other twin has a dimple on their right cheek.

An even rarer form of twins is conjoined twins. This occurs when an egg is fertilized and begins to divide but does not split entirely. The embryos continue to divide, although partially joined and develop into a mature fetus in this manner. In some cases, conjoined twins lead normal lives and others are surgically removed from one another.

At the 20 week ultrasound when a mother discovers she will be having boy or girl twins or one of each, an experienced ultrasound technician can also tell the parent-to-be if her twins are fraternal or identical. This can be difficult to determine at the ultrasound and the technician cannot be 100% certain. My friend claims to be fraternal because her twin and herself do not appear identical, there is only way definite way of coming to this conclusion. There are instances of fraternal twins looking identical and identical twins appearing to be fraternal. If twins are curious as to whether they are identical or fraternal, DNA testing is truly the only way to determine whether or not the twins are monozygotic or dizygotic.